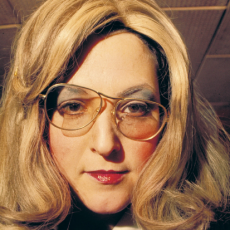 Tilda Swinton can boast of many achievements, having performed in more than 70 films, including “Michael Clayton,” for which she won an Oscar in 2008. But until now Ms. Swinton, 58, has never organized an art exhibition.

The show, “Orlando,” which opens Friday at the Aperture Foundationand features nearly five dozen photographs by 11 artists, is Ms. Swinton’s first foray into art curation. The list of artists includes established names like Mickalene Thomas, Lynn Hershman Leeson and Sally Potter, as well as up-and-coming talents like Elle Pérez. The summer issue of Aperture magazine is also devoted to the project, with Ms. Swinton serving as guest editor. She worked with the publication’s editor, Michael Famighetti.